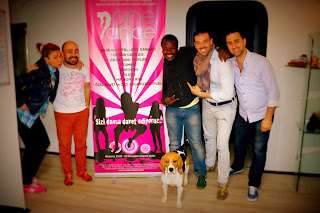 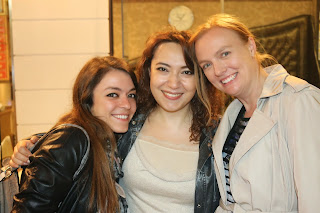 Recently returned from Istanbul, what a crazy city. This time, just a visit for a short holiday. Direct flights from Nairobi at the time of 0340 am, so tired waiting for the Turkish airlines plane to board. Loads of Kenyans, tourists, everyone, full plane to Istanbul but easy to sleep due to the timezones being the same.

Arrived by taxi to the outskirts of Taksim, on May 1, not knowing about the historical protests on this day, the streets were shut down, barricaded by police. The taxi driver’s early warning “Police. Problem” should have been an indicator that something was up, and we were sent out to the side of the road to find our own way with nothing but the hotel address. Comforting was the fact we were not the only tourists dragging our bags up and down the cobbled streets of Istanbul, unsettling was the distance to cover on foot. Luckily a kind Turkish man was able to act as a translator between the hotel and dropped us a kilometer up a steep hill. Surrounded by cats and garbage, one of the hotel staff came to the rescue and ushered us back to the hotel.

Dinner that night was a similar event, the main streets blocked and only small alleyways were open. We stumbled upon a tourist hotspot with a lady making bread in the window. Turkish food was no doubt a highlight of this trip. From doner to kebab to Turkish rice, there was not a bad piece of food devoured and Turkish coffee appeared the end of every meal.
Touring around Istanbul, discovering the Metro – quite like Berlin but a bit different. Took a cruise on the Bosphorous and saw many historical castles and mosques.

Salsa in this country was pioneered by the late Imu, a good friend of mine. Arriving in the Tiyatro café, loved the idea of a jukebox for people to pick their own music and chatted with Tolga, the resident DJ. I was humbled and honoured that many people who saw me dancing or danced with me commented that Imu was in the house. The extent of the hospitality of Turkish people was amazing. But mostly it was very emotional for me because of my memories of Imu. You know someone’s gotta share some dance knowledge too; managed to go share Kizomba knowledge at the studio where Imu was teaching which is now called DANSORIUM. I as well met Ozlem, Diego & Yassin who run ONE DANCE STUDIO. All this experiences was really touching, moving and lovely. Was very good to meet Funda, Isabel, Abdalla who took us to a very beautiful place that we were eating way back and then we went out salsa dancing together. Met Yallin a very famous salsa dancer, promoter and a serious addict.

I danced at the Point Hotel on Saturday amongst some great mambo dancers as well as a place with a balcony and a beautiful view. Dj Orhun was on fire that day and I also got a chance to see some great shows from different groups.
During this trip I discovered cocktails and the 360 degrees restaurant with wide ranging views of Istanbul, a beautiful city at night.

I felt overwhelmed at the Turkish festival that celebrates the coming of the spring. Random drumming, dancing, singing and jumping over fire. A spontaneous and joyful way to see in the spring, but so so many people all together at once in the tiny lane-ways, eating, drinking and celebrating. 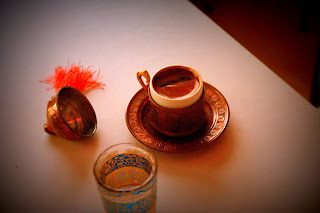 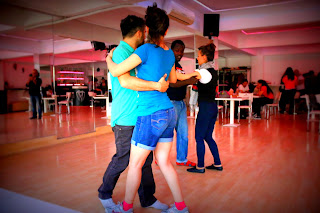 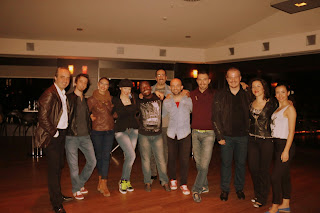 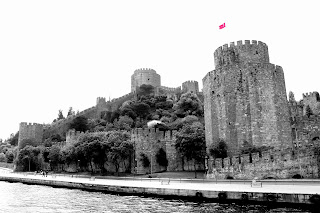 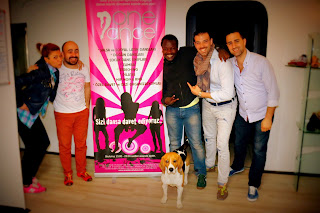 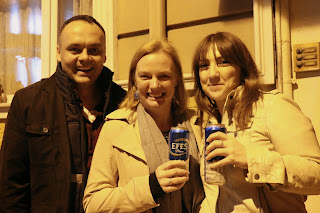 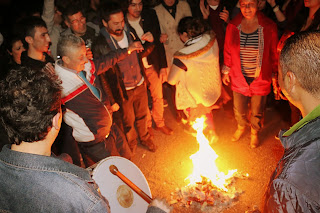 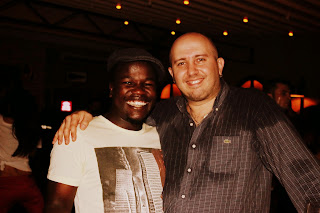 Overall, a great trip with the overall goal achieved, spoil someone special, meet up with old friends and make some new ones, centred of course, all around dance. It’s a great city that you would love to visit every time you think about travelling.